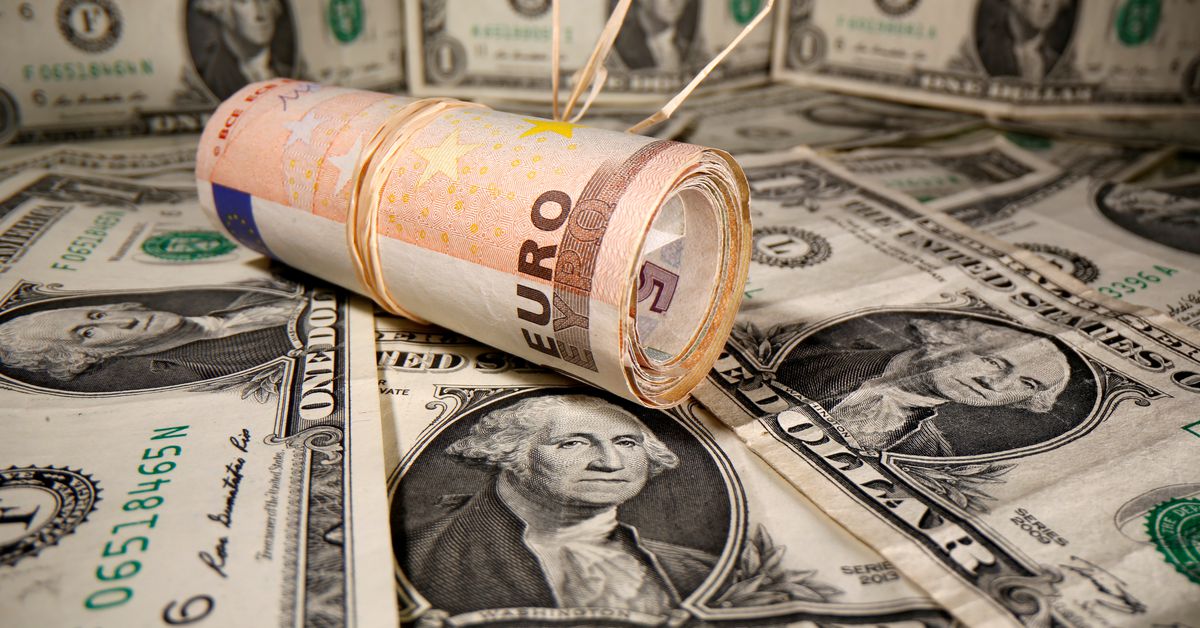 Rolled Euro banknotes are placed on U.S. Dollar banknotes in this illustration taken May 26, 2020. REUTERS/Dado Ruvic/Illustration

London, Nov 22 (Reuters) – The euro fell on Monday to trade close to a 16-month low on growing concerns over the impact of new COVID-19 restrictions in Europe, with Austria starting a full lockdown and Germany considering following suit.

“Pandemic-related risk premia have made an unwelcome return to European FX markets and may keep the Euro vulnerable this week,” Chris Turner, global head of markets at ING, told clients.

New lockdowns and pressure on the service sector in Europe now provide the European Central Bank with many more reasons to go slow on tightening its policy, Turner added.

Versus sterling, the euro edged 0.1% higher at 83.95 pence, after it touched it lowest level against the UK currency since February 2020 as the market weighed Bank of England Governor Andrew Bailey’s cautious comments on inflation over the weekend. read more

Markets expect the BoE to become the first major central bank to raise rates since the start of the pandemic in a bid to tackle inflation that hit a 10-year high as household energy bills rocket. read more

In the meantime, the dollar got additional support from bullish comments by Federal Reserve officials Richard Clarida and Christopher Waller on Friday who suggested a faster pace of stimulus tapering may be appropriate amid a quickening recovery and heated inflation. read more

The dollar index , which gauges the currency against six major peers, traded little changed at 96.141, staying within sight of last week’s 16-month high of 96.266.

A more rapid end to tapering raised the possibility of earlier interest rate increases too.

The minutes of the Federal Open Market Committee’s meeting at the start of this month, when policymakers announced a start to tapering, are due Wednesday. They may provide more insight on how many Fed officials are considering faster tapering or earlier rate increases.