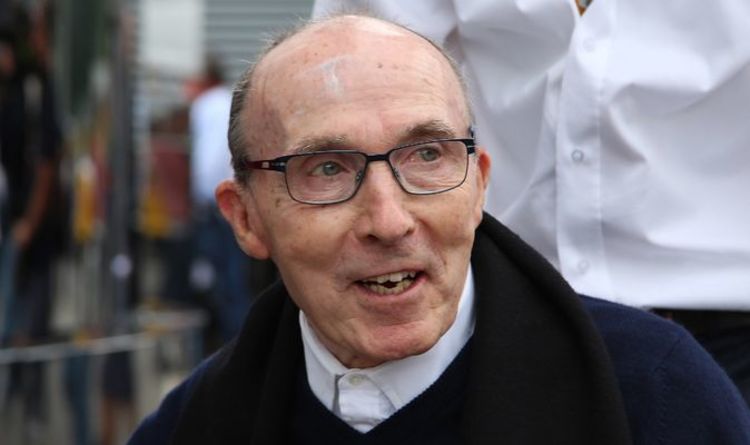 Tweeting alongside a picture of Sir Frank, Russell said: “Today, we say goodbye to the man who defined our team. Sir Frank was such a genuinely wonderful human being and I’ll always remember the laughs we shared.

“He was more than a boss, he was a mentor and a friend to everybody who joined the Williams Racing family and so many others.”

In a further tweet, the 23-year-old added: “It has been a genuine honour racing for him and being a small part of the incredible legacy he leaves behind, a legacy that will forever live on in the heart and soul of this team.

“Rest in peace, Sir Frank. Thank you for everything.”

Sir Frank founded Williams in 1977 and remained team principle until last year. He had initially entered F1 in 1969 and celebrated 50 years in 2019.

He suffered from a long-term health battle and was admitted to hospital in December 2020.

A spinal cord injury sustained in 1986 rendered him unable to walk and he was moved around in a wheelchair.

Williams Racing confirmed his death in an emotional statement.

“For those wishing to pay tribute, we ask that donations are made in place of gifts to the Spinal Injuries Association.

“Alternatively, we would welcome flowers to be placed at the entrance of the team’s headquarters in Grove, Oxfordshire. Details of the memorial service will follow in due course.”

Williams star Russell has driven for the team since 2019.

He is due to join Lewis Hamilton at Mercedes ahead of next season.