President Kennedy’s motorcade was nearing the end of its planned route when he was shot once in the back and once in the head. The crowds fled and JFK’s security personnel rushed to move the car from the area along with his wife, Jacqueline, who was sitting next to him. The tragic event happened 58 years ago today, on November 22, 1963.

A major controversy ensued, with many claiming the event had been carried out by the US’ own security services in a covert operation or that Communists were to blame.

To this day, many of the US government’s secret files related to the assassination have not yet been released.

President Joe Biden postponed publishing a considerable number of them in October, citing delays caused by the coronavirus pandemic.

They will instead be released in two batches — one later this year and another in late 2022. 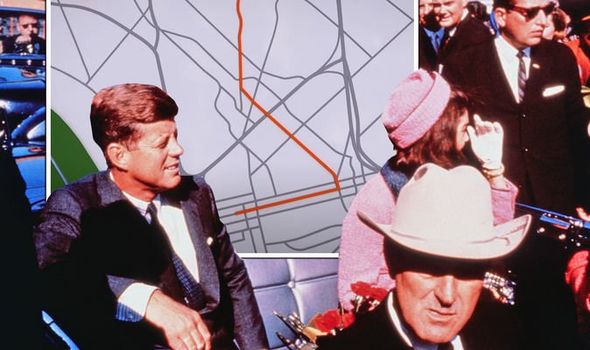 JFK: The President’s assassination could have been avoided eight days before the motorcade left (Image: Youtube/Smithsonian Channel/GETTY) 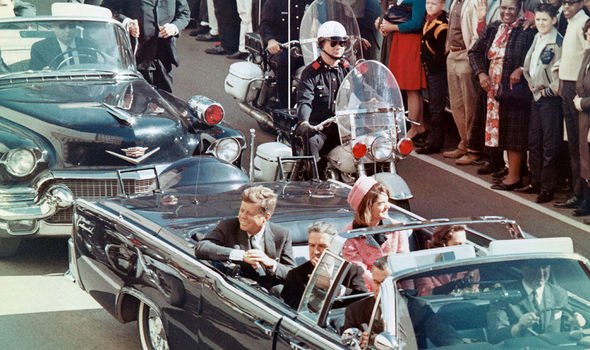 US history: The President just moment before he was fatally shot (Image: GETTY)

The man accused and later taken into police custody for Mr Kennedy’s murder was Lee Harvey Oswald, a 24-year-old order filler at the Texas School Book Depository — a building the motorcade passed — who was believed to be a budding communist.

He maintained his innocence throughout and claimed he was a “patsy” and had been framed.

But Mr Oswald was unable to make his case, as he himself was murdered in custody by Jack Ruby, a local nightclub owner.

Controversy was rife in the immediate aftermath of the event, with many questions remaining to this day.

One aspect of the assassination and how it may have been avoided is the motorcade’s route, something which was explored during the Smithsonian Channel’s documentary, ‘Ten Steps to Disaster: JFK’s Assassination’. 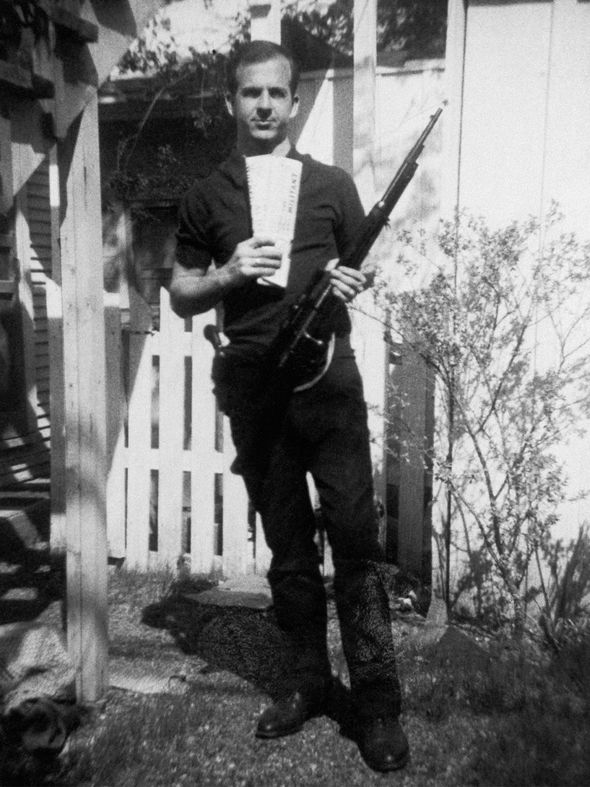 Lee Harvey Oswald: A picture of Oswald used in the later report to determine his guilt (Image: GETTY)

Here, the documentary’s narrator explained that “eight days before the visit, a Secret Service agent checked out the planned route of the motorcade”.

The agent would go on to sign it off without mention of any risk, the President’s fate now “sealed”.

This is because the route took Mr Kennedy through Dealey Plaza, an area flanked by tall buildings, including the Texas School Book Depository.

Clodagh Harrington, associate professor of American politics at De Montfort University, said: “I can see why a motorcade would be attractive to any public official who wants to seem accessible to the crowds, to citizens, to potential voters.

“But there’s a sense of vulnerability there that with even the tiniest bit of hindsight is quite shocking.”

The threat from any one of the tall skyscraper-like buildings would have been huge, as Greg Shaffer, a former FBI and security expert, noted: “It was putting the President in a very precarious situation.” 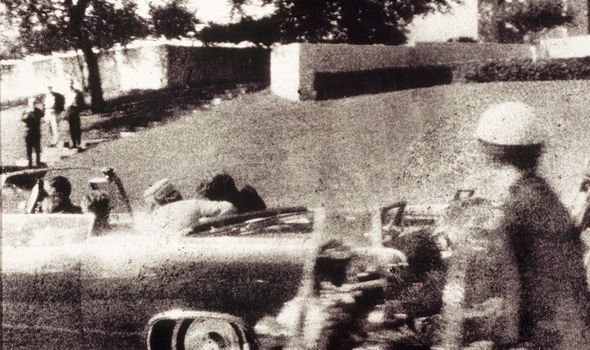 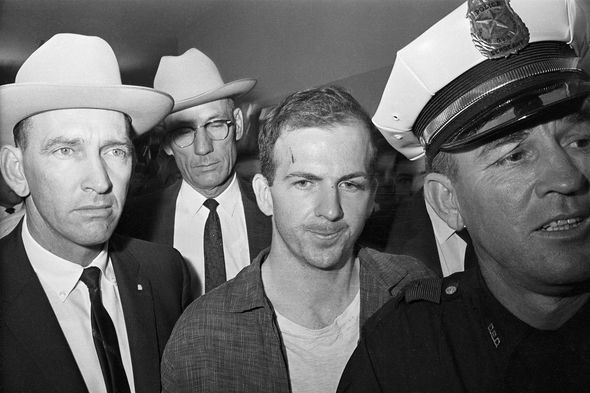 Lee Harvey Oswald: He claimed to be a ‘patsy’ and professed his innocence (Image: GETTY)

The narrator said that the authorities made “another crucial flaw” when Mr Kennedy’s car turned on to Elm Street — a sharp turn that would have reduced the speed of the motorcade significantly and allowed any would-be assassinator time to train a gun on their victim.

“The vehicle has to virtually stop or go at a very, very low speed to make that hard turn.”

The tall and isolated nature of the book depository allowed Mr Oswald the perfect environment and distance away from the motorcade to shoot-down Mr Kennedy and escape.

Mr Oswald was, however, tracked down later that day after hiding out in a cinema, having fled there after allegedly shooting and killing J D Tippit, a police officer. 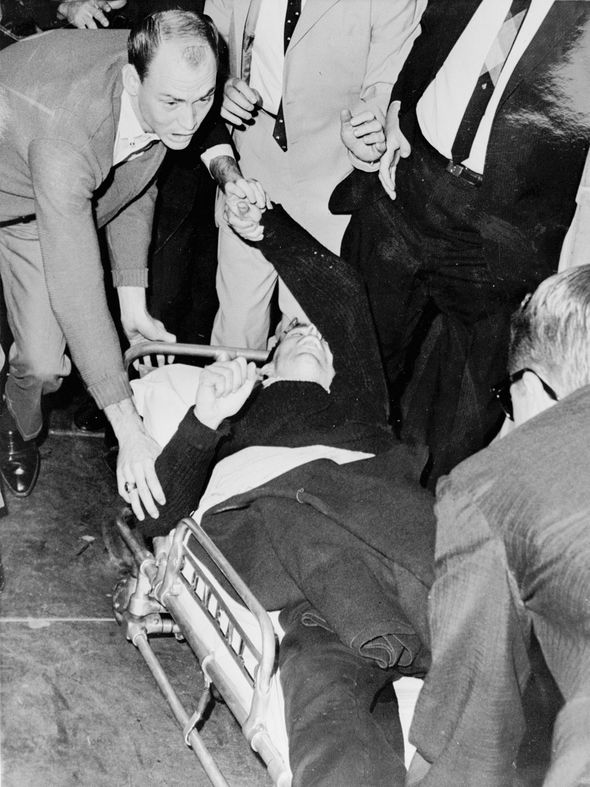 Conspiracy: Oswald was himself murdered by a local nightclub owner while in custody (Image: GETTY)

Many experts have since cited a number of further failures to protect Mr Kennedy on that fateful day.

Leroy Prouty, the President’s former Chief of Special Operations, claimed during Amazon Prime’s 2010 documentary ‘Dark Legacy’ that the Secret Service could have saved his life in the five seconds between the first shot and the fatal blow to his head.

He said: “Normally a special group called boot number 113, would have come up from San Antonio, Texas, and been all through the streets of Dallas.

“That was not done, in fact, the commander was specifically told he was not needed. 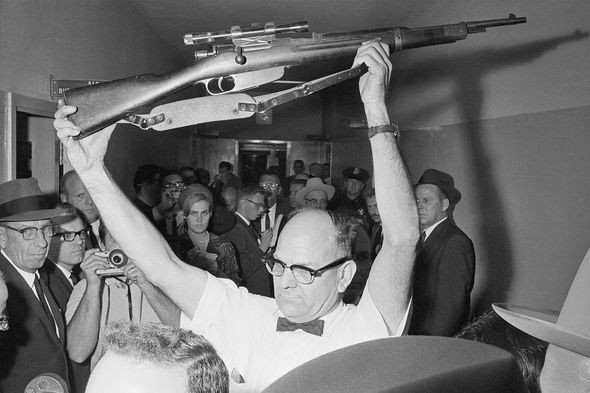 “In the pictures of the school block where Oswald is supposed to have shot Kennedy there are open windows.

“If the Secret Service had been there and done their job, none of those windows would have been open.

“Had anyone opened one of those windows, they would have been on the radio and had a man in that room instantly.

“That did not take place – in fact, there were no Secret Service near Dealey Plaza.”