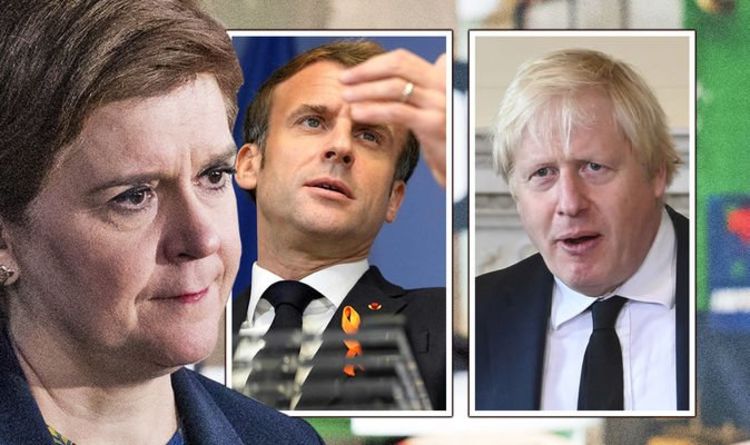 News of the tragedy sparked an outcry over the ongoing issue – which is seen by many as a political football that the French and British kick between themselves.

The SNP leader pointed to the human cost that this point-scoring was causing.

Sharing an article about the harrowing tragedy, she tweeted: “Those seeking refuge from dreadful conditions are human beings, not political footballs.

“They’re driven to smugglers out of desperation & lack of humanitarian routes.

The Prime Minister claimed there had been “difficulties” persuading the French “to do things in a way that we think the situation deserves”.

In response, the French President told Mr Johnson “he was expecting the British to co-operate fully [and] abstain from instrumentalising a tragic situation for political purposes”.

None of this title-tattle has stopped a record 47,000 migrants attempting to cross the English Channel this year alone.

And while 1,552 smugglers have been arrested in northern France and 44 smuggler networks dismantled since January – it appears that this has done little to stop people making the dangerous crossing.

Home Secretary Priti Patel said she had spoken to her French counterpart and offered more resources to solve the problem.

She also said the tragedy was a shock by not a surprise, adding: “It is also a reminder of how vulnerable people are put at peril when in the hands of criminal gangs.”