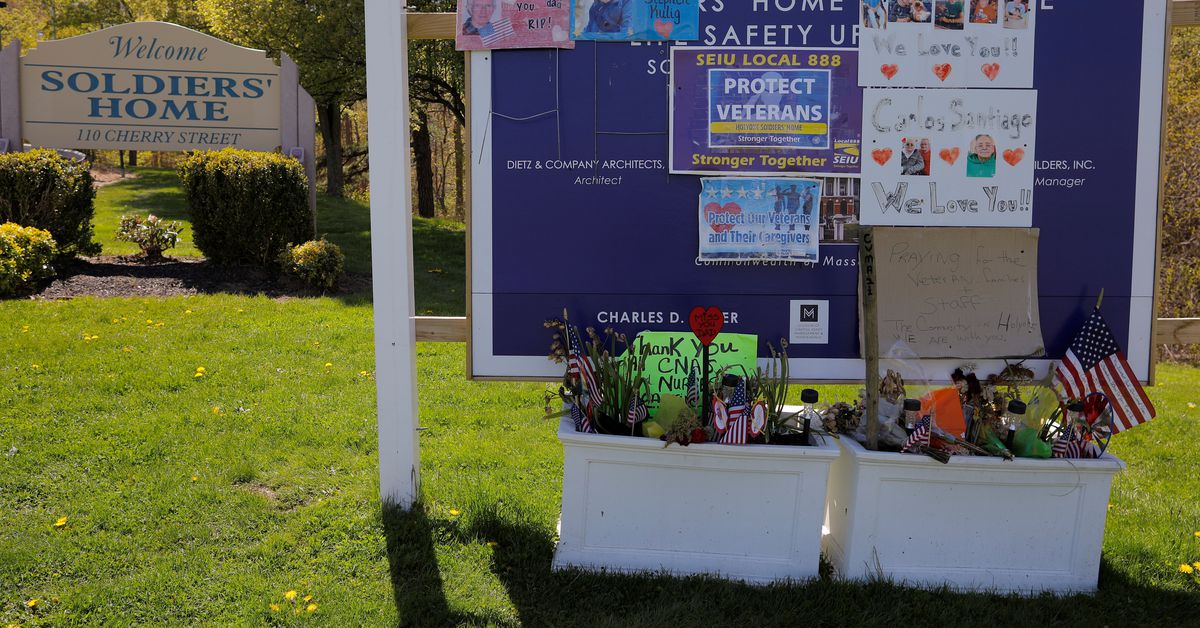 BOSTON, Nov 22 (Reuters) – A Massachusetts judge on Monday dismissed indictments against two former leaders of a veterans home who were charged with criminal neglect for their roles in handling a COVID-19 outbreak that killed 76 people.

The criminal case against former Holyoke Soldiers’ Home Superintendent Bennett Walsh and former Medical Director David Clinton was believed to be the first in the nation tied to a COVID-19 outbreak at a U.S. nursing facility.

The outbreak at the Soldiers’ Home, a 247-bed, state-run facility in Holyoke that provides healthcare, nursing and other services to veterans, was one of the deadliest to occur at a U.S. nursing facility.

Michael Jennings, Walsh’s lawyer, said he was “certainly happy the judge agreed with our arguments,” while noting the case was not over, as the state could appeal.

“We are very disappointed in today’s ruling, especially on behalf of the innocent victims and families harmed by the defendants’ actions,” she said.

The case stemmed from a March 2020 decision to consolidate two dementia units, which Healey said put COVID-19 positive residents within feet of ones without symptoms.

Those charges concerned five specific veterans whom Justice Edward McDonough in Hampden County Superior Court said had already been exposed to COVID-19 before the merger.

“There was insufficient reasonably trustworthy evidence presented to the grand jury that, had these two dementia units not been merged, the medical condition of these five veterans would have been materially different,” McDonough wrote.

He said Walsh and Clinton also did not fit the definition of “caretakers” under the state’s elder abuse law.

Reporting by Nate Raymond in Boston;
Editing by Sonya Hepinstall and Dan Grebler

Nate Raymond reports on the federal judiciary and litigation. He can be reached at nate.raymond@thomsonreuters.com.