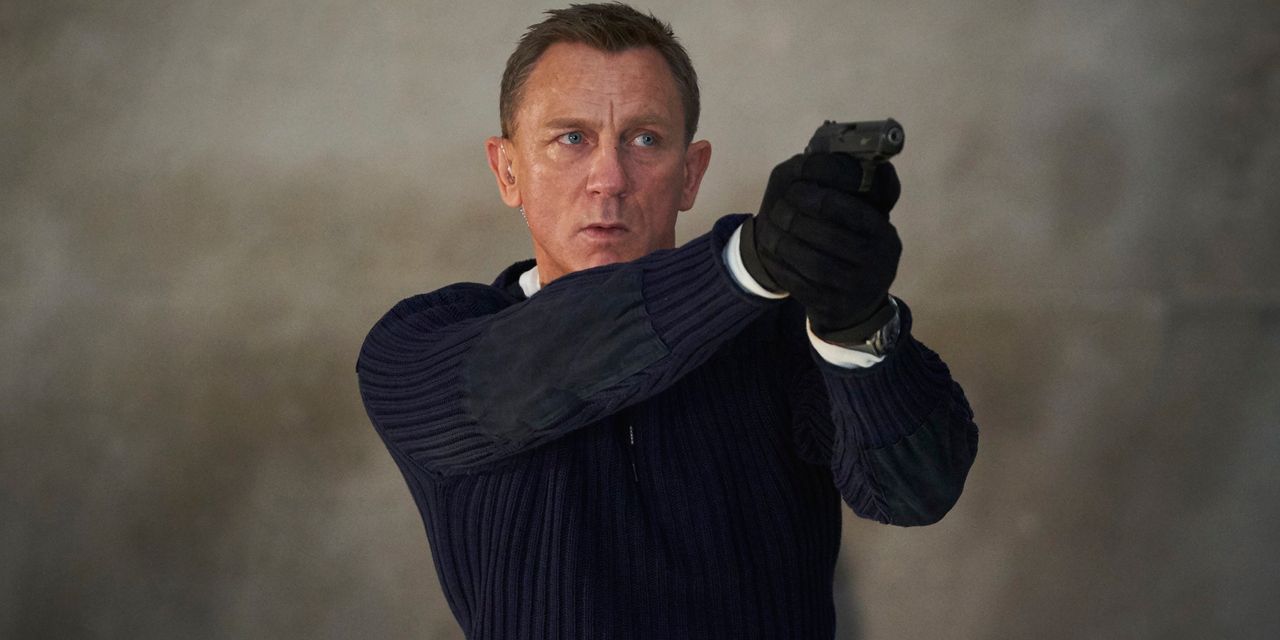 LOS ANGELES—James Bond finally faced off at the box office against a foe he couldn’t seem to shake, and the result was something of a draw.

The 25th installment in the Bond franchise, “No Time to Die,” opened to an estimated $56 million in the U.S. and Canada after the movie was delayed for more than a year due to Covid-19. Even though auditoriums around the world have largely reopened, the lingering effects of the pandemic appeared to dent the movie’s performance, which runs a bit behind its predecessors in the series.

In 2015, for instance, “Spectre” opened to $70 million, while the 2012 hit “Skyfall” premiered to $88 million. Of the five Bond movies starring Daniel Craig as the secret agent, “No Time to Die” has the second-slowest start.

Do you feel comfortable returning to movie theaters? Why or why not? Join the conversation below.

Covid-19 appears partially to blame. Bond movies in recent years have attracted older audiences than blockbusters produced by Marvel Studios or based on other sequel-generating characters. That older demographic has proved among the most reluctant to return to theaters, which helps explain why recent releases “Shang-Chi and the Legend of the Ten Rings” and “Venom: Let There Be Carnage” have topped expectations and drawn in crowds.

“No Time to Die” has served as yet another metric of where the nation’s theatrical business stands after a year of postponements and shutdowns. “No Time to Die” was among the first movies to delay release as Covid-19 swept the globe in March 2020, and its numerous subsequent schedule changes signaled that the pandemic was going to last longer than many initially expected. Now its performance illustrates the growing pains still to come, as big-budget releases that rely on sales from all types of moviegoers only see certain demographics returning to auditoriums in pre-pandemic numbers.

United Artists Releasing, which distributes Bond movies for its studio, MGM Holdings Inc., conducted a survey of opening-weekend audiences in six cities and found that approximately one-quarter of the moviegoers seeing “No Time to Die” this weekend had not been to a movie in 18 months.

“You have to get them used to coming back,” said Erik Lomis, president of distribution at United Artists Releasing. “The 18- to 34-year olds are driving the box office now,” he said, and 57% of this weekend’s Bond audience was older than 35.

Notes on the News

Today’s headlines, news in context, and good reads you may have missed.

In contrast, “Venom: Let There Be Carnage,” which has drawn in younger moviegoers, collected $32 million in its second week, bringing its total to a robust $142 million. It was released by Sony Group Corp.’s SONY 1.33% Sony Pictures Entertainment.

Overseas, the grosses for “No Time to Die” were healthier. The movie has made an additional $257 million from international markets so far, where MGM splits distribution duties with Comcast Corp.’s Universal Pictures.

“No Time to Die” stars Mr. Craig in his last turn as 007. The actor is credited with revitalizing the franchise since getting the role in 2006’s “Casino Royale.”

In franchise-obsessed Hollywood, James Bond is still one of the marquee properties, and the character was among the crown jewels of Amazon.com Inc.’s AMZN -0.42% acquisition of MGM, announced earlier this year. The tech company is paying $6.5 billion, excluding debt, for the storied studio, best known for hits from Hollywood’s so-called Golden Era, including “Singin’ in the Rain,” and more recent classics like “The Silence of the Lambs.”

But Amazon won’t be controlling Bond, which is managed primarily by Michael Wilson and Barbara Broccoli, stepsiblings who in 1995 inherited the rights to the character from Ms. Broccoli’s father.

The duo have significant creative say in the franchise, including in deciding who steps into 007’s shoes. Though Amazon’s purchase of MGM was seen as doubling down on its streaming strategy, the producers have said they are committed to keeping James Bond films on the big screen.

During the months of coronavirus-related delays, rumors swirled around Hollywood that MGM might unload “No Time to Die” to a streaming service that would allow it to premiere in the home, as other studios had done with major titles.

“We held this movie for a long time so we could deliver it where it was intended to be seen,” said Mr. Lomis.

Write to Erich Schwartzel at erich.schwartzel@wsj.com