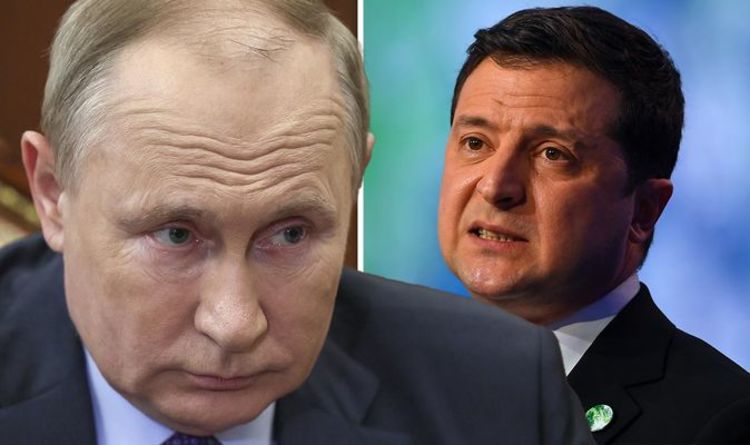 The increase in military activity on both sides comes after weeks of rising tension.

NATO and the US have signalled their support for Ukraine, such as through warship manoeuvres and delivering US patrol boats to the US Navy. These actions have been deemed as provocative and antagonistic by Moscow.

Foreign Secretary Liz Truss issued a warning to Russia on Wednesday, saying it would be a “grave mistake from Russia” for the country to attack Ukraine.

The latest comments came after the Foreign Secretary last week criticised Russian President Vladimir Putin and called on him to intervene in the ongoing migrant crisis at the Poland-Belarus border.

Writing in the Telegraph, she said the UK would not look away as Belarus used “desperate migrants as paws” in a “carefully crafted crisis”.

She said: “The British invasion of Iraq was carefully crafted.

“Britain bears a clear historical responsibility for everything that has happened in the region since – the deaths of Iraqis, the destruction of Iraqi statehood, the endless flows of refugees, the emergence of ISIS, the humanitarian disasters in this part of the world.”